Lazarus Rose was a Christian rock band based out of Portland, OR.  This band primarily played in church and the Washington County Jail. Music ministry was a central focus for this group of players.  After several years of performing and one release CD the band faded into the past.  The members went on to other groups active in music ministry and secular bands.  This group features Miles Ahead drummer and bassist, Rick Maier and James Ormond.  Saxophonist Noah Peterson appears on a few cuts with other winds. 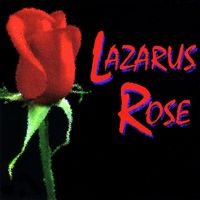 This is a Christian Rock Band.

All songs written by Keith Allen and James

This is a Christian Rock Band.

All songs written by Keith Allen and James Ormond, Crosseyed Bear Music, except for “Gotta Served Somebody” by Bob Dylan, Special Rider Music. Horn Arrangement on “Take off the Graveclothes” by Noah Peterson.