Cosmic Dust, also known as the Cosmic Dust Fusion Band, is an instrumental jazz band formed in 1990 by Jim Templeton. The band was the first well-known group that guitarist Myles Kennedy played in. The original lineup consisted of Jim Templeton on keyboard, Gary Edighoffer on saxophone, Clipper Anderson on double bass, Myles Kennedy on guitar, and Scott Reusser on drums. Kennedy eventually left the band and went on to become the lead vocalist/lead guitarist for a jazz fusion group called Citizen Swing and later an alternative rock band called The Mayfield Four. Kennedy is now fronting and playing guitar for the hard rock/alternative metal band Alter Bridge, which he helped form with Creed members Mark Tremonti, Scott Phillips, and Brian Marshall in 2004, and is also the lead vocalist for Slash's solo band on tour.   Jim Templeton, pianist, clinician, teacher, band leader, and jazz club owner, graduated in music from Washington State University, and holds a Masters Degree in piano from Louisiana State University. He has taught at half a dozen colleges, universities, and conservatories both in the USA, and in Denmark, where he resided for 16 years. He holds various honors, including Phi Beta Kappa, and was awarded the 1993 Washington State Artist's Grant, ($5000), for one of his original jazz compositions featured on "Journey." 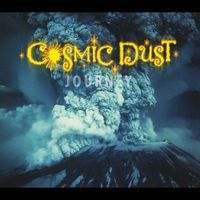 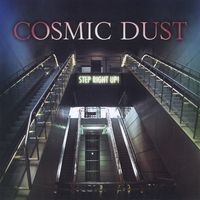 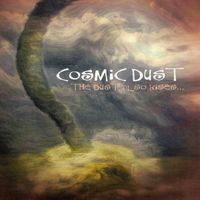 Cosmic Dust is a fascinating Journey into the world of fusion. "Journey" is the debut of this exciting band featuring internationally renown Myles Kennedy on guitar, Jim Templeton on keyboards, Gary Edighoffer on sax, Scott Reusser in Drum and Clipper Anderson on Bass.

Named for the ash that fell from the heavens in the aftermath of the 1980 volcanic eruption of Mt. St. Helens in Washington State, Cosmic Dust toured the NW spreading it's own fire and altering the musical landscape. "Journey" showcases Jim Templeton's original compositions that use a variety of styles and influences. The music is captivating, brilliant and fun.

Cosmic Dust is out of the world!

The 2nd release from the fascinating and funky Cosmic Dust fusion band.

"Step Right Up" is the 2nd release and the third incarnation of Jim Templeton's Cosmic Dust fusion band. With a new Portland line-up featuring Chris Mosley on guitar, John Nastos on sax, Dave Turner on bass, Charlie Doggett on drums and, of course, Jim Templeton on keys; this release follows on the heels of "Journey" with even more funky fusion.

The new line-up lends their own talents for a new twist on Jim Templeton's outstanding compositions and concepts. Onward and upward, "Step Right Up" and enjoy the latest stellar release from Cosmic Dust.

The final release from Cosmic Dust.